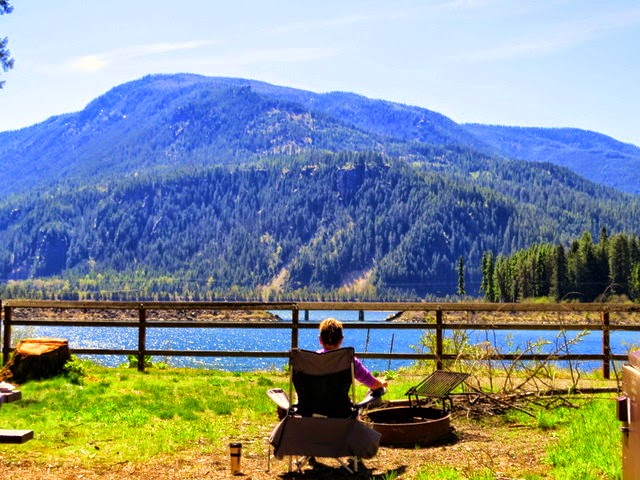 The drive North was uneventful. Well, that is if you toss out my choking fit at Athol and the fact that I was had a big head cold coming on. The choking fit was due to a small fleck of Dorito that got sucked down the wrong pipe and was held there by the by-product of the head cold. It was one of the worst fits I have ever had, I had to pull over and stop the truck. I survived and we drove on.

Our destination for this jaunt was Sam Owen Park on the Hope peninsula. We have heard about the area and that it is very busy in the summer so we thought an early spring stay might give us a taste of the park without the hoards of summer campers.

The park was empty! Yes, every site was empty and that was due tho the fact that the park was closed. We drove by the locked gates and scratched our heads.  We had looked on the computer and tried to figure out if we needed to reserve a spot, but there was nothing stating that the park had not opened for the season.We turned around and drove back out to highway 200 and took a right.

Now we were definitely beyond Hope and heading into Montana.  Linda pulled out the map and started giving me options for camping.  We looked at the Johnson Creek River area that shows camping on the map, but it is just a put-in and a mess of a parking lot with very dirty toilets.

Next we dropped into a campground Big Eddy. This area has about seven primitive sites that are somewhat close together.  It would be OK in a pinch but. we were still early in the day and we decided to keep moving on. 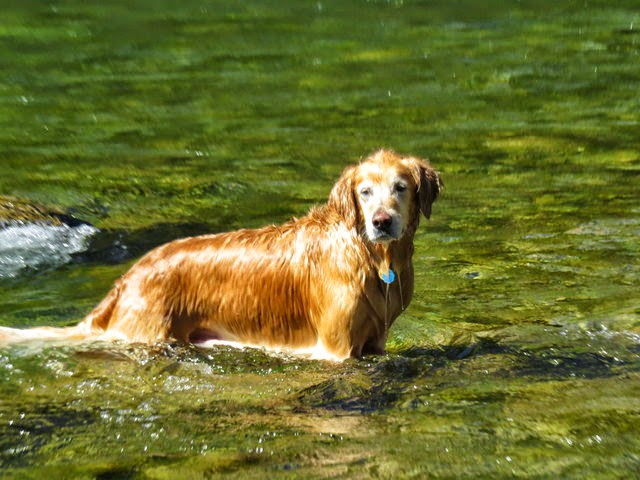 The next intersection was the junction of highway 56 and highway 200. If you go left you are driving up the Bull River in the direction of Libby Montana. Going straight we continued on about a mile and found the Bull River Campground.  This looked to be very well maintained so we set up camp there.  Our view is of the mouth of the Bull River with the highway, Clarkfork River and railroad tracks as background. Take out the highway and railroad and the view would be beautiful! 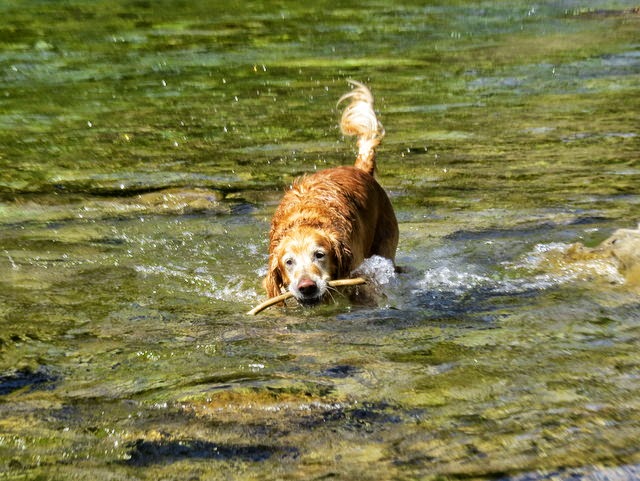 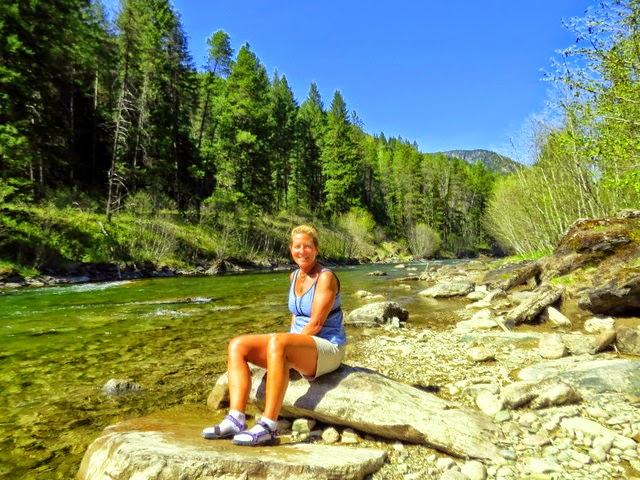 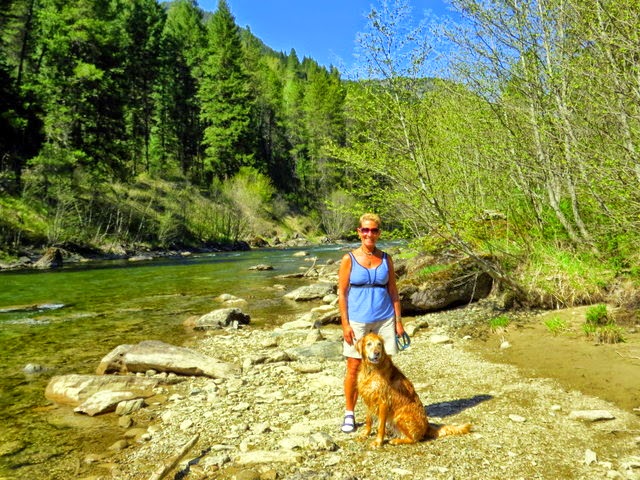 Posted by Canyonwren at 9:12 AM 1 comments

Quick Trip to the Rock

We loaded up the camper, drove through Spokane, took a right onto highway 2 and proceeded to Steamboat Rock State Park for a quick two-day visit.  Joining us were Tom and Sarah Husby and their dog Sal. The boys had dreamed up a little plan to get out fishing and Steamboat provided a chance to cut their drive time in half.

Arriving at about 3:30 PM, Linda and I set up the camper while Kobi inspected his new grounds. The sun was out and the day was a perfect temperature for camping. Tom and Sarah arrived about a half hour after we did and once we finished claiming our campsites we grabbed our chairs and poured some drinks. It was a lazy afternoon followed by a great dinner and a wonderful campfire.

The next morning Tom and I drove up past Grand Coulee to Omak Lake to fish for Lahontan cutthroat trout. Tom had fished this lake before and had some very good luck. As we drove down into the lake we spotted a friend of Tom's who had said he might meet us there.

Tom's friend, Jake had driven from Spokane that morning and as we approached the parking lot we could see him casting away hunting for the trout. We set up our gear and hit the water as quickly as we could.

There were huge fish everywhere! We started casting and continued to cast for the next six hours.

We got a few strikes but were stumped, these big guys just were not hitting on what we were presenting. We all fished hard but by the end of the day, Tom was the only one that caught and landed a fish. He caught it on a chironomid pattern that he borrowed from me. Who would have thunk that those huge fish would be after such a small pattern?

For the next hour, we flogged the water with tiny flies, casting to cruising pods of huge fish. Some of the schools of fish had 25 fish in them, but none wanted what we were presenting. It got late in the afternoon and Tom and I had to leave, Jake fished on into the evening.

Back at the campground Linda and Sarah had a great day walking around, reading, and bonding with the muts. We arrived at about 6:45 PM, helped fix dinner and then spent the rest of the evening telling stories by the fire.

Qur drive home was uneventful, we made a decision to get out again soon. Looks like we might be heading North after we restock!
Posted by Canyonwren at 2:47 PM 0 comments

The only task we had scheduled for the first week back from Mexico was to get thr truck camper ready and then drive to Eugene, Oregon and pick up Kobi. It was a bit of a job, but the reward of seeing our dog again was pretty strong.
We left Post Falls on and drove down through the Tri-Cities stopping for the night at Memaloose State Park. The next morning we finished off the drive and arrived at Diane and Al Dee's just before noon. 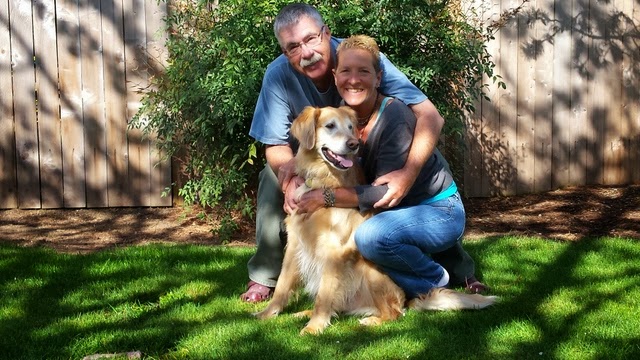 It had been four months since we had sent our dog away with his second family. We were anxious because we wondered if he would remember us or not. As we backed into their driveway, Kobi came flying out the door and into Linda's arms. He remembered us!  Al Dee said that as soon as Kobi heard the truck pull up he started getting excited. We hugged our dog and then our family and Kobi ran puppy circles around all of us!
Kobi was our focus for the afternoon and when Diane came home we focused on her. LOL  No we actually went out to dinner in Eugene and had a great time with everyone.

On Saturday, we took a drive out to the Cascade Raptor Center and checked out all the rescued birds. The center is very nice and they have done a great job of providing injured birds of prey a home to live out their days. 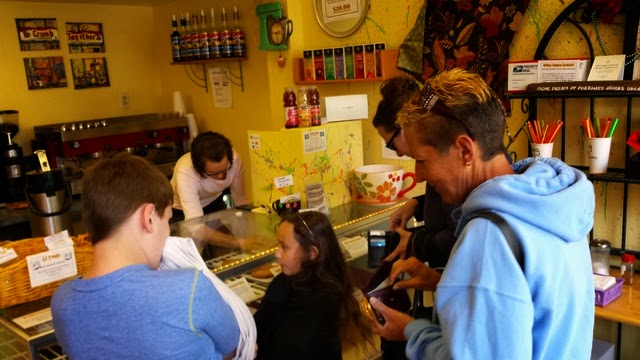 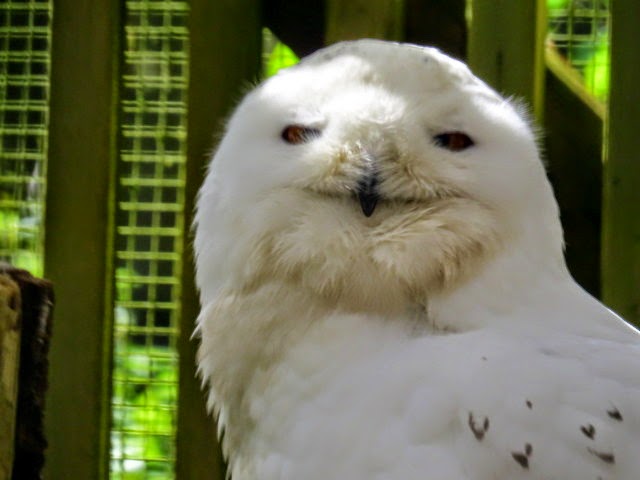 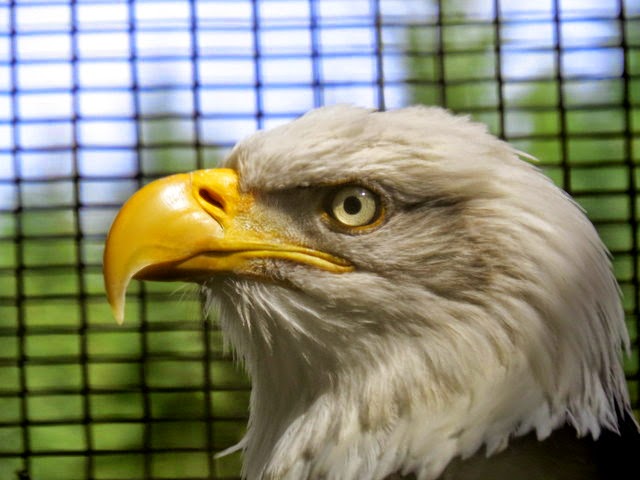 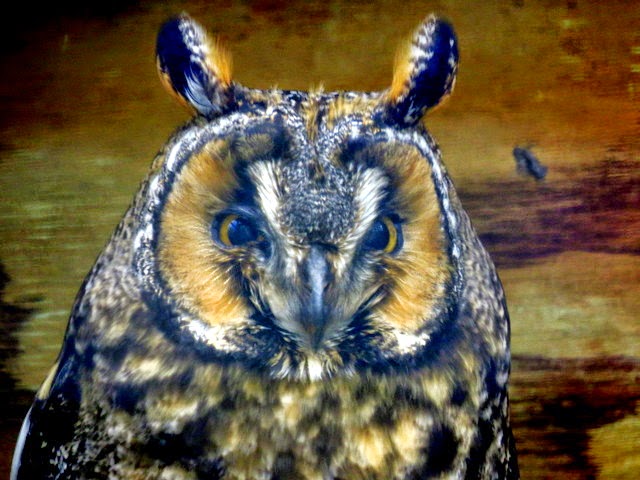 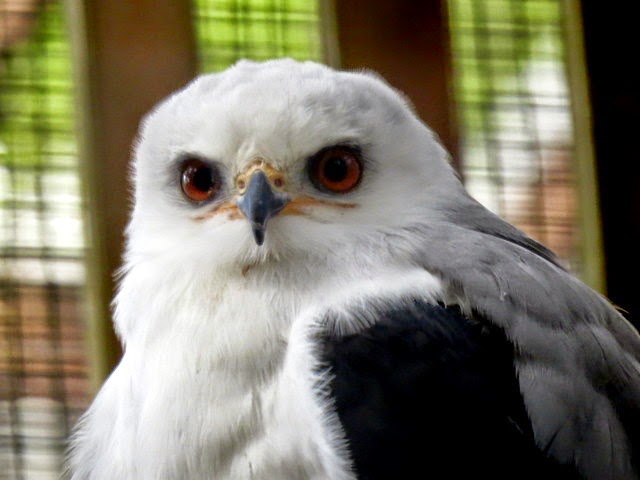 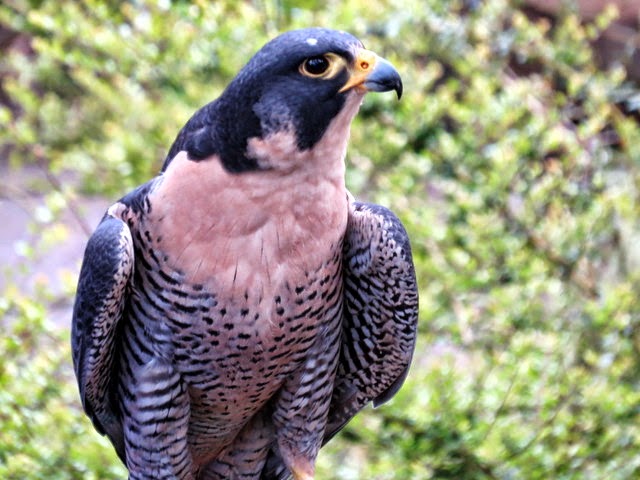 Posted by Canyonwren at 5:30 PM 0 comments

It's Thursday morning and I finally have a moment to get things wrapped up a bit.  We left the condo at San Jose del Cabo around 12:30 PM and arrived in Spokane at about 11:30 PM. During that time, we had one flight canceled so we had to stand in many lines and go through security many times, but we made it.

We slept in our bed for the first time in four months and boy was it nice!  I would say it was a little cold, but the comfort level was stellar.

Morning coffee was interrupted by a phone call from our neighbor.  Jody had slipped and fallen down the stairs in their house and broken her ankle. We helped stabilize it and took her to the emergency room. She was met by family and today she has surgery.

After that, we had some mail confusion that sent us to the post office to see if the missing months worth was there. We found the mail at the neighbors, both Steve and I had misunderstood each other.

Went to Linda's mom and dad's, they were happy to see us but Linda's dad was not happy that she lost 22 pounds while in Mexico.  You can't win, can you dear.

This morning, Thursday, I have the camper ready to go down to Eugene Oregon to pick up our dog Kobi. We are excited to get Kobi back, but are not really looking forward to the eight-hour drive down to visit.  I feel a slight cold coming on due to the huge change in temperatures from Mexico to Idaho.

I would say we are back to a somewhat normal life.
Posted by Canyonwren at 8:17 AM 0 comments